Maybe something like this could do the trick also? 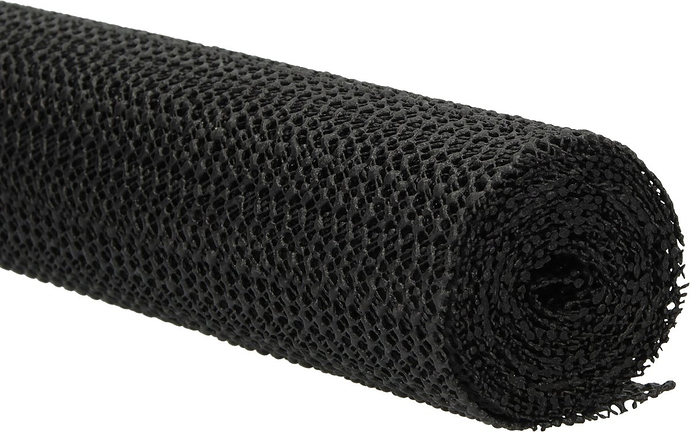 Probably. The one I got was solid, but shouldn’t matter.

I aleviated that with a piece of a yoga mat under my pedals.

Does yoga help with your footwork?

Absolutely!! I look so fine in my yoga tights too.

Sorry, I couldn’t hold myself by the tought

Neat device, and one that has me thinking… Can the larger Line 6 FBV models be pressed into service? I use a Helix simply as a controller, and for most gigs it’s overkill!

The Helix is a VERY GOOD controller, as well as awesome guitar pedal. I have an alternative rig for guitar, where instead of the FC300 doing the song selection, it is the Helix Command Centre settings programmed in each patch .

That’s what you feet are for…

Yes…me and Olivia are a wonderfully matched couple for yoga.

Hm, still trying to figure out how I can control both my keyboards.
Use in first CC64 for the sustain is no problem.
How can I send the second CC64 to the nord?
I set it on port 2 in the controller, but just don’t know how I would redirect this via C3.

I have my Nord on a General DIN midi 1-16.
This way I have created a preset that I can use for USB midi ch 1 and 2 AND my Nord as stand alone piano.

Now, how and would I be able to send the cc64 sustain from the FBV to

So the real question is:
Can my Nord receive CC64 over USB Midi on any midi channel, even when it’s set to DIN MIDI instead of USB MIDI???
Any ideas?

I actually own a handy foot controller- a Line 6 Bass Pod XT Live. Got it more or less by accident. Buttons everywhere and a pedal. I assume with bindings I could make it do anything I want but I don’t have a power adaptor for the dang thing! Been meaning to buy one.

It should work though, right? Surely those controllers go out over MIDI.

Of course it should work. Check the manual if it can send midi CC but I guess if the Express can, this one to?
You can buy an universal adaptor?

I actually own a handy foot controller- a Line 6 Bass Pod XT Live. Got it more or less by accident. Buttons everywhere and a pedal. I assume with bindings I could make it do anything I want but I don’t have a power adaptor for the dang thing! Been meaning to buy one.

It should work though, right? Surely those controllers go out over MIDI.

It should work… I have an X3 live, so could see what it does MIDI wise. The Helix my new pedal (which I do not do justice to as a guitar player) is really cool, and in its “Command Centre” you can program its switches as you need to

How can I send the second CC64 to the nord?
I set it on port 2 in the controller, but just don’t know how I would redirect this via C3.

I’d suggest encapsulating the foot controller in a rack and giving it multiple outputs:

Then you can “wire” this rack flexibly per song and send Sustain 1 to a different destination than Sustain 2, send Expression elsewhere and use the song switching output as a binding source.

I’ve just knocked together a little example for you: I’ve encapsulated the foot controller hardware input in a rack called “Foot Controller Enc”. Now, I’ve connected the sustain pedals and the expression pedal within the song. For another song, you could use the expression pedal for Synth 2 instead of Synth 1 - no problem. 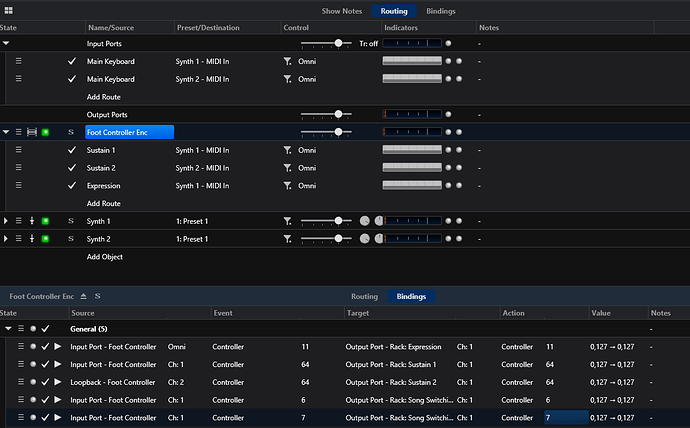 In my own setup, I have only one sustain pedal and one expression ped - I only have one free foot anyways. I have encapsulated them in a “Pedals” rack and simply assign them where they are most useful for any given song - so far, I’ve never needed separate sustain for upper and lower keys. Usually it was either just the lower keys or it was active for both lower keys and a zone on upper keys. And Expression has a different function per song - sometimes it controls an organ or pad layer on the lower, sometimes it is the volume pedal for a solo organ on the upper - I always have a note in my show notes view that explains what Expression does.

The Pod takes a weird adapter that puts out 9VAC but they’re on Amazon for $20, I’m going to snag one and see how it works.

Very nice Torsten. Always like seeing a visual of the way you use racks and routing.

Thx Torsten,
Let me study that. I’ve been breaking my brains already boy didn’t find a good solution yet.

I got it working.

Jeeeej
These are the settings: 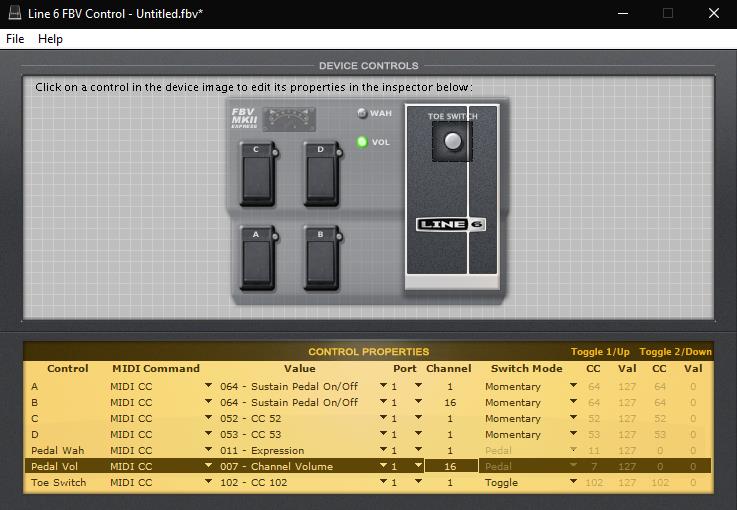 I added a Footcontroller Output to the background rack also and the bindings.
Thx Torsten for the tips !

I have the same unit and enjoy it for guitar control. It is very flexible via it’s configuration file settings. I have looking for a way for the config file to be easily loaded with “External Tools” from within Cantabile to make it even more versatile. Anyone have success with that?