From “Post something useless and stupid” thread, I took @FredProgGH call to create one on our first gear.
Feel free to edit, delete …whatever on this thread.

No pics, but first electric guitar was some mid 1970’s Les Paul look alike. But not sound alike or play alike (I was to stupid to tell back then). It was total garbage though it did look cool. First pedal was a Mutron Phaser. It sounded great and is probably worth a fortune these days. I have no idea what I did with it decades ago.

I need to scan old film. But I found this print: in 1976, after I put my hands on the Minimoog service manual, I built the ladder filter. Did it work? Fortunately, yes. 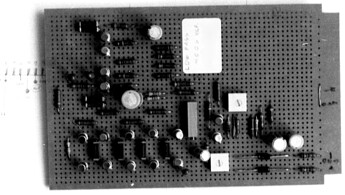 Here it is - still at my mom’s house - never could get a good jam going with this thing! 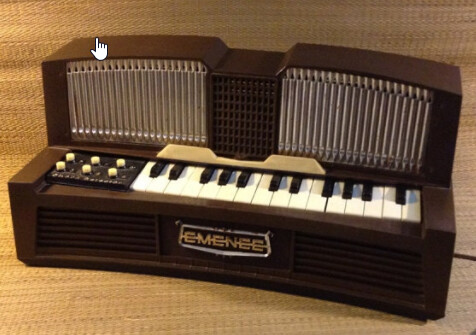 I actually started on classical guitar as a child. Then I bought a Yamaha FG350W (I was a fan of Jorma Kaukonen and Leo Kottke at that time) to learn finger picking etc.

My first keyboard, when I was 18 years old, was this one: 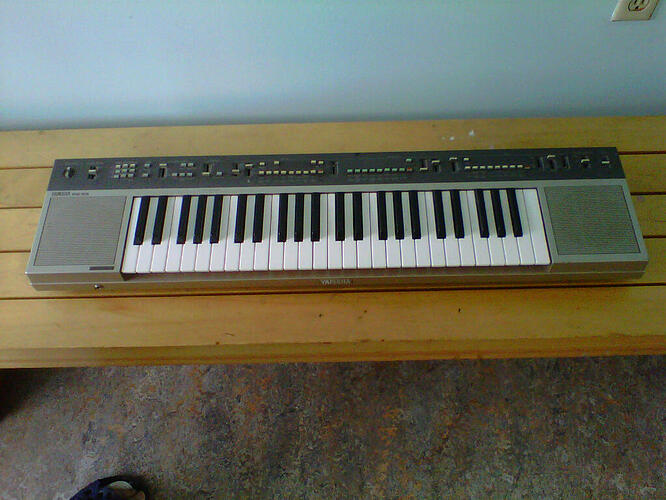 I was totally unaware of what a synth was supposed to be. When I discovered that the PS55 was NOT a synth, I bought a Solton Project 100, a six voice analog synth not unlike a Juno 106. I still have all these instruments but I was too lazy to go down in the basement and take a picture. Therefore, I took the PS55 picture from this site:

Today I bought an incredible little gem of a keyboard called the Yamaha PS-55. It’s an arranger from the early 80’s and after watching the video I posted below I knew I had to RUN back … 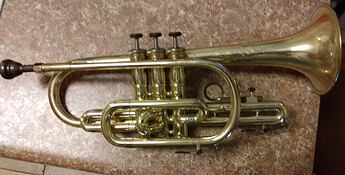 OK, here’s me with my first gear - a no-name Japanese electric bought at Lafayette Radio in 1965: 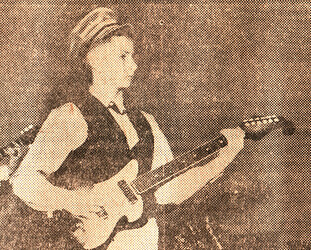 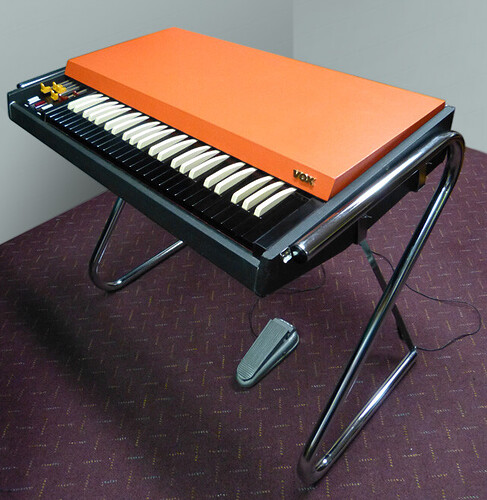 First in 1981 - all I could afford as a poor apprentice for the princely sum of £30, and serendipitously, whilst writing to this, I am listening to Tony Banks’ “The Fugitive” where it features on “Charm”.

Amazingly described in a listing I have just seen as

analog synthesizer/drum machine - in immaculate, museum-quality cosmetic condition, and works as it should… 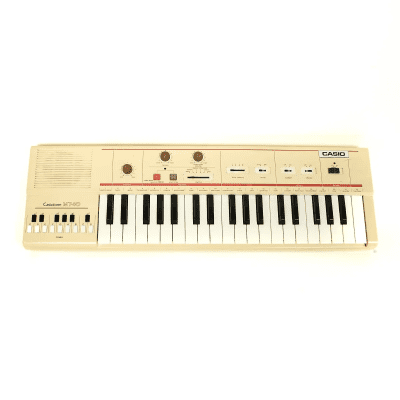 And then, my first real synth for £250 (had to have a bank loan for it in 1982 and face the grilling of the bank maanger). And amazingly described in a listing I have just seen as “duophonic”. Some people know how to have a laugh. It was unusual in that it had two VCO, two VCF (multi-mode), two VCA and two EG, but that does not mean it can play two notes at a time! 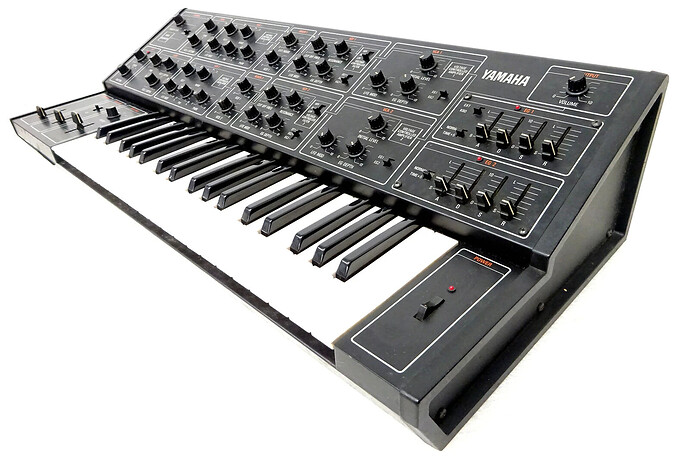 I have to throw in that I designed and built my own digital sequencer (as a "hobble in work, which amazingly I got permission for!) as I could not afford one… 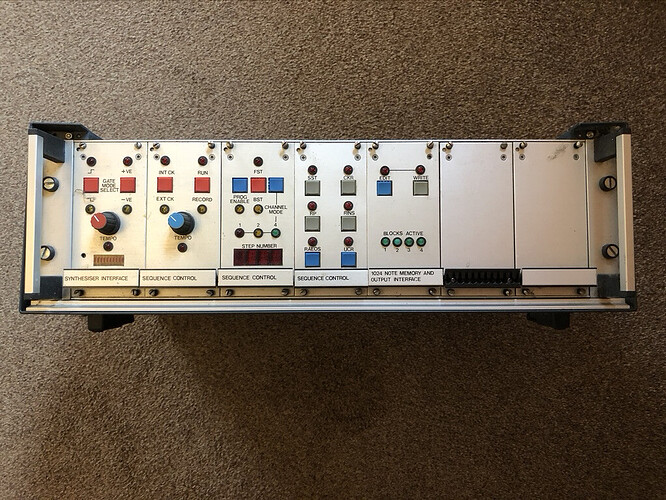 And then a Casio MT65 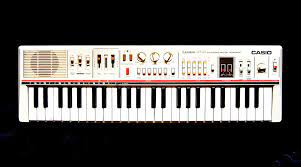 And there I got stuck around 1984, as with that lot I was (obviously) failing to get the lush sounds I was hearing my heroes make, and I was broke in the days of 1984 and the Analog synths of the day and the all conquering DX7 were way out of my reach.

So that was where I left it until 1998, when I could finally afford a battered second hand 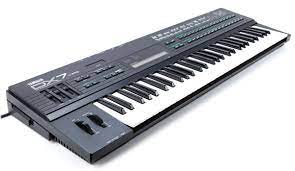 Which I paired with the CS15 which I had kept

And in 1999 I leapt forward again with the first brand new synth I had ever brought. 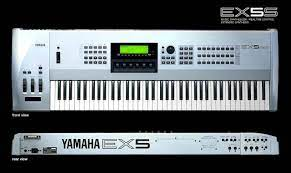 I was then “pretty stable” until 2005, and this thread would become way too long if I listed everything after that, but I class the DX7II and the EX5 as where I really got into decent synthesis for the first time so my first real polys, and I have been poor/full of GAS ever since!

First pedal was a Mutron Phaser. It sounded great and is probably worth a fortune these days.

Yup, it’s worth a pretty penny these days:

I remember that Casio MT-40! Didn’t it make it into the song Da Da Da?

My first was a Yamaha SY-2 on top of a Hammond M100 with a Leslie. Although it’s not a Hammond, this is similar to what it looked like. Bought them with my paper route money at age 12. My idol was Lee Michaels. 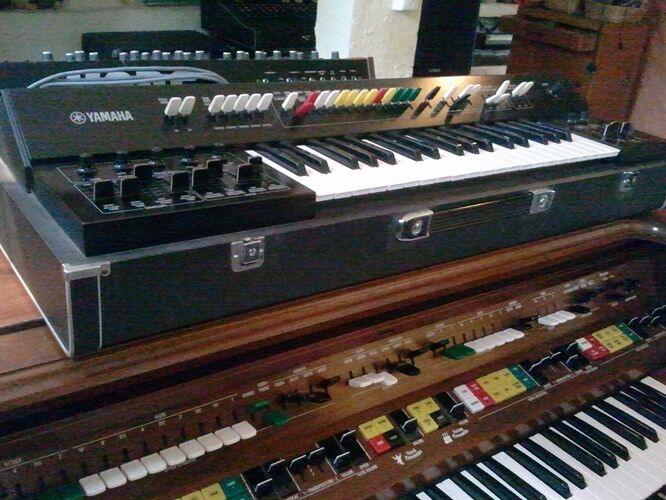 I’m embarrassed to post my 1st equipment because it was so nice. It wasn’t until years later I realized how cool my parents actually were buying me stuff. Anyway, it was a used (obviously) Hammond M3 and Leslie 147, and a not used but floor demo Minimoog, in 1977. No one in high school could touch me. The only thing cooler would have been a Prophet or CP70 and no one had stuff like that pro or not.

SY organs sounded awesome as long as you had the Leslie. And easier to carry.

Oops, meant an SK! You actually had an SY…

I remember that Casio MT-40! Didn’t it make it into the song Da Da Da?

No, that was the VL-Tone.

Written by a music tutor who was demonstrating to his students that you could write a hit song using any instrument…. And all he used was the VL-Tone.

Yes. Back then, I wish I had an SK. No, the SY-2 was monophonic but had aftertouch, vibrato when wiggling the note with your finger and gold leads that needed maintenance. I had a strange Leslie 25, I can’t find pictures of it, but it had a tube amp, a 12’ facing down and a single tweeter mounted (not rotary, only the woofer was rotary.) I picked up on the bass pedals quickly. With my brother on drums and me on the organ playing bass, and both registers, we had a great time. That is why Lee Michaels and Frosty were my brother’s and my idols. I studied the physics of sound, music theory etc. and went from my first rig to the JX-3P, to the Juno 106, DX-7, Korg DW8000, Oberheim Matrix 6, Alesis Quadrasynth, JV-880, Jv-1080, Motif Classic 7 which got me into Spectrasonics Samples, and once into Spectrasonics and Omnisphere, hardware synths became less important. However, I owned a Motif ES, Motif XF 8, and, now the Montage7. I ditched Roland because of their exploitative “expansion” paradigm. They are still doing it today. Yamaha just gives you it all, and leaves it at that. Today, I am reduced to O2, Keyscape, B3-X and Trilian. So, I have all the analog synths in O2, an authentic FM hardware synth engine in the Montage 7, classic keys in Keyscape, Hammond/Leslie in B3-X and a killer audio interface integrated into the Montage that integrates hardware and software synths. So, I am pretty much done. I have arrived.

I loved Derek’s run down of synths!!!

My heirloom!!!
I still have this Leslie, it’s in the basement.
The great thing is that it still works!!! 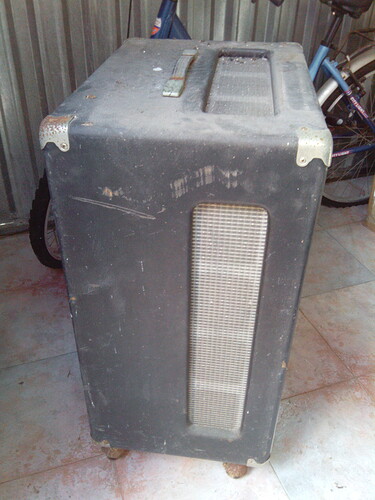 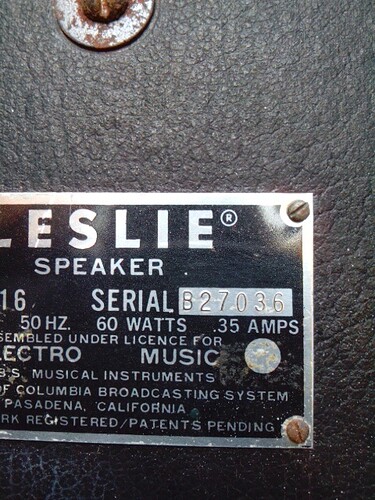 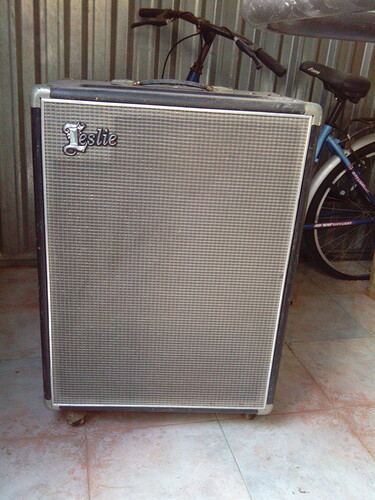 Would be difficult to haul it on that bicycle

the bicycle has a flat tire, you carry it better…

My first gear was a 1960s era hollow body electric bass I am not sure of the make! To follow that “gear thread”, I sold it for $25 after it was replaced with the Gibson, which was traded in on the Rickenbacker, much later to be supplanted by the Fender Jazz (I am playing that at a house Jam session where I am running all the sound through C3 to host plugins and mix on the laptop running in the background). Last picture is me playing live a few weeks ago. 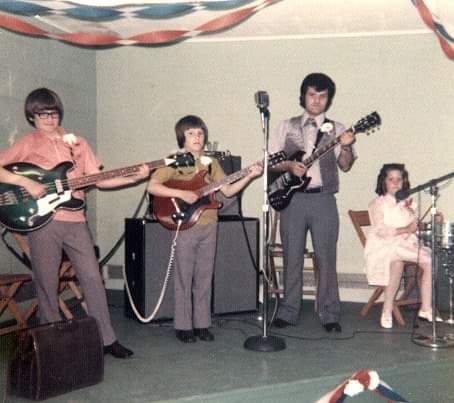 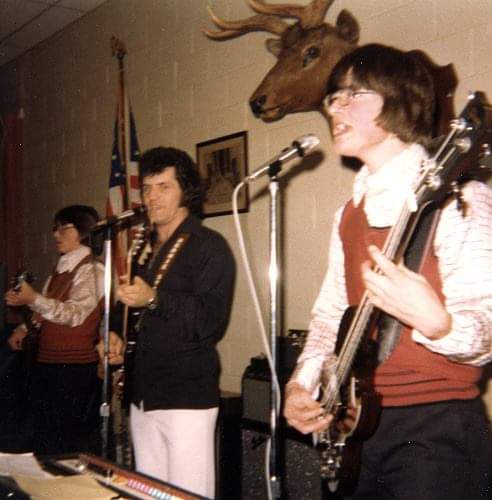 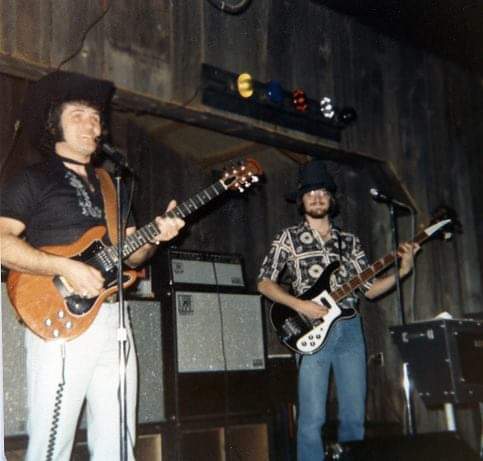 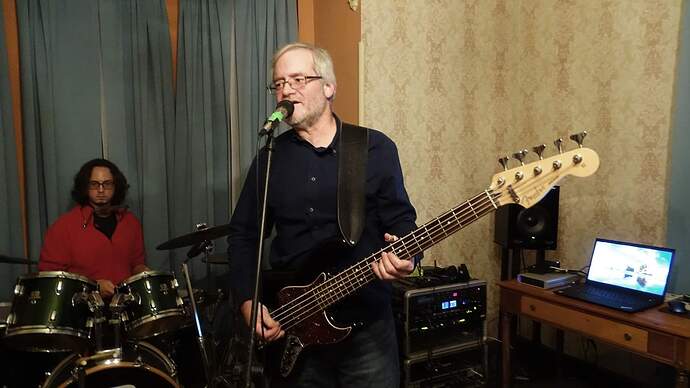 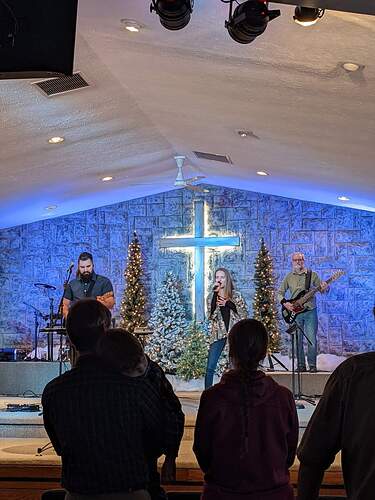 Ah, the Fender Vibratone/ Leslie 16! I had one too, for about a week until I realized it wasn’t “the sound”. Although it was very Goldy McJohn.