I think it would be better if a vertical Bar were arranged as output (right).

This would allow all lines to be laid horizontally.

The only problem with this is that unless all the outputs of racks/plugins are rightmost in the layout, you’d end up with routes going underneath other racks/plugins, adding to the clutter. Otherwise it does look pretty clean (I think colour-coding, as you’ve done it, would be essential though).

It actually wouldn’t help my situation, as I route all my racks/plugins into a single “Output rack”, which internally routes to my four physical stereo pair outputs (rather than song-level routes)…primarily because every song needs those routes, so doing it inside the output rack simplifies song setup. The same may well apply to anyone who uses a single output rack for post-processing.

I route all my racks/plugins into a single “Output rack” …

Same here. I now have 3 utility racks. I’ve gone back and forth as to whether to expose the In/Out externally or keep it encapsulated in the 3 utility racks. I think encapsulation has won. Rack _MultiKB does all the keyboards through Main_Keyboard and Top_Keyboard, _Mixer does Bluecat/Motor61/Novation/etc depending on gig, and _Final_Output does the routing to the Audio device (RME/Behringer/NI) I’m using. All of the other racks have MIDI In from _MultiKB (Notes and Volume, Bindings for all controls) and Audio Out to _Final_Output. Sax/Flute mic go to the Mic Rack with mic selection, effects, and EQ appropriate for each instrument. I now delete all the default Main Keyboard/Main Speaker routes. I only externalize the Mic to Mic Rack route at the song level. That way the Song State can activate the Mic route.

Who wants to get into a pub fight as to whether it’s BUSS or BUS?

Brad…much like Smokey Robinson, I second that emotion…I mean suggestion. My songs though many, are as simple as I can make them. I have a template layout and all songs are created from that template. I merely enable/disable routes to achieve what I need. The first question I asked another user was precisely that…can you save a layout and make it your default? After loading and working with the new version, I lucked out in that because of the template, the layout is already the same for all songs, but I will definitely be customizing. What I lack in complexity, I make up for in volume 160+ songs. It would certainly be great in my situation and maybe many others, if the ability to create a default was added. I know…“interesting idea - let me think about it”. I think this can be applied to many different situations…like when your mortgage company tells you you’ve missed your last 3 payments and it would be a good idea to pay up to avoid default…standard response “interesting idea - let me think about it”

Slightly OT, but here you go. A picture from a job I did in 2014, which was to see if we could remediate a legacy 1960s based system. I will not mention the place where I found this, but this was horrendous. Would have had my apprentice master turning in his grave …

To be fair it has been in operation from the 1960’s until recently, but the people looking after the system did admit that it was a bit of a nightmare to fault find on. My dumb question is why they never rectified it! Their worst nightmare was if they were fault finding (quite often) and if they dislodged a wire, then the challenge was figuring out where it needed to go back to!

The strange thing as well is the system wiring started off properly loomed (look at the bottom!) I am guessing that it is a combination of “factory wiring” and “field” wiring. 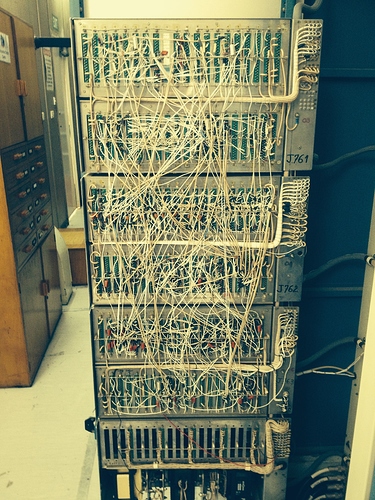 Interesting bit of history and thinking of how things have come on in fifty years. Think of the fact that the latest Intel microprocessors have nearly 2 billion transistors in them.

The rack unit I photographed is basically 6 sixteen bit shift registers with a common shift clock!

Each Card is a a bit in the shift register, and you can see a card can hold a number of “components”. 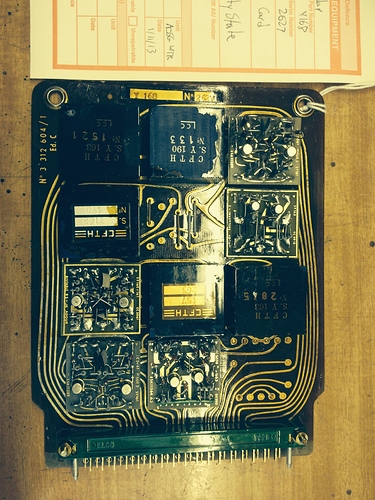 And the level of miniaturisation is a 2" cube of potted components (diodes, resistors, transistors), called a Combi Element. Each of these Combi Elements could be a logic element such as an AND gate, OR gate, etc. The photo below is an example of an original Combi Element on the left and a reverse engineered equivalent on the right, which was needed to keep the system going as the old Combi Elements failed and there were no spares 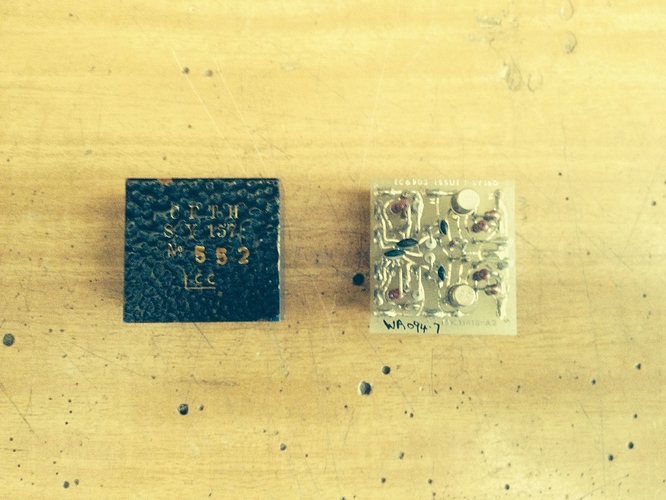 No surprise, but we reduced two 1960s racks at this level of integration down to a specialist 19" rack PC with two Field Programmable Gate Array cards in it - one for each rack.

Amazing to think of the size of the 60s system that would have been needed to run our soft synths and Cantabile!

I vaguely remember Combi Elements in my place of work when I started in 1981. My apprentice master also showed us modern surface mount transistors, which he complained about, that he could not see them properly. Us youngsters laughed at the old geezer. I am now that old geezer and really struggle to read component labels!

Thanks for sharing Derek. That is one wiring nightmare! It is amazing what we can now do with cell phones compared to the 1960’s monster computers that filled huge rooms and buildings.

Speaking of behemoth early music systems with crazy wiring. The Telharmonium was somewhat a predecessor of the Hammond Organ that you could subscribe to and hear music over your phone: 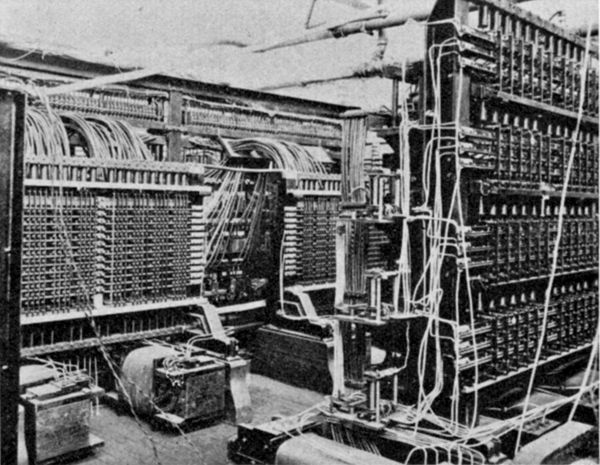 Learned about this in Scott Faraghers book “The Hammond Organ: An Introduction to the Instrument and the Players Who Made It Famous”

Really good stuff this. As another who is qualified in electronics and somewhat of an inventor/designer, this view is natural to me and something very helpful.
This is just the prompting I need to renew my Cantabile subscription!

Having these views in my two favourite audio software tools is like all Christmases at once!!

Apologises . I think I may have posted in the wrong place. Re posted in a new thread.

I read all this long thread. My thought: I love Routing Diagrams. It fit very well my mind habits, after all these years spent in hardware design (interconnected black boxes) and software design (flow charts). I think I never use the classic view again