I agree. That is the conclusion I came to after fiddling with it over an hour. It seems to work better with sound files instead of a live sound.

It is- it’s clearly designed for dramatic drive-by/fly-by effects but their helicopter rotor simulation looked really interesting. I’m just wondering if it can be hacked to do musical things. I may download and screw around with it tomorrow.

Don’t forget to hook it up to your Azimuth Coordinator.

Lee Michaels, and his drummer Frosty, was reportedly the loudest band ever. They were louder than The Who. So how did they do it? Lee supposedly ran a minimum of two 122 Leslies, that were mic’d through a wall of Guitar Amps, plus four Acoustic Bass Amps & Cabinets. He and Frosty were also mic’d through a huge Wemm PA system (owned by Led Zepplin). Michaels used a 1940’s BV organ that was modified by Bill Beer. His B3 was modified to play the bass pedal sounds on the lower manual and through the floor-shaking bass amps.

So why am I telling you all of this? To hopefully make the point that Michaels’ sound is all about LOUD. It’s harsh, and I think I lost another 5% of my quickly depleting hearing when creating these presets. I modeled the presets to his studio, and live recordings of “Stormy Monday”. Michaels said in an interview that he mostly used full out drawbars (on B note preset), but I also heard him using the preset I provided (on A# note preset).

I tried Lee’s setup using mic’d VST Leslie into VST amp sims, but it sucked. I finally got a closer sound out of the usual VSTs I normally use in these presets. Before I started, I knew Blue3 could get this sound. It has many different model settings and I wasn’t disappointed. It nailed it better than the other plugins. VB3 1.4 and B5 was a struggle. After adding IK, they were better, but they had some drawbar overtones I couldn’t EQ out without destroying the overall tone.

Here are the 2 versions I used for reference. Notice his use of the swell pedal:

And his big hit…

THE PRESETS WERE CREATED IN CANTABILE v.3647

I remember when I was a kid my older brother built a “hi fi” system from a Heath kit and some other speaker kit. It was loud and he blasted Lee and Frosty non stop (album was “Lee Michaels”). While listening to some Lee Michaels I bumped into this tune featuring Barry Beckett playing B3 with Boz Scaggs, Duane Allman and the Muscle Shoals crew. Very soulful playing by Duane.

Duane playing all the licks Clapton stole from him.

This brings back many memories. I was playing trumpet, and occasional organ with a Soul Band in those years. I crossed paths with the Memphis Horns many times. Andrew Love sat in with us one night, and we had a blast.

Boz Scaggs spent a lot of time in Memphis but I never got to see him. His album, coincidentally titled “Memphis”, is one of my favorites by him.

I must confess I have never heard of Lee and Frosty, but excellent work as usual 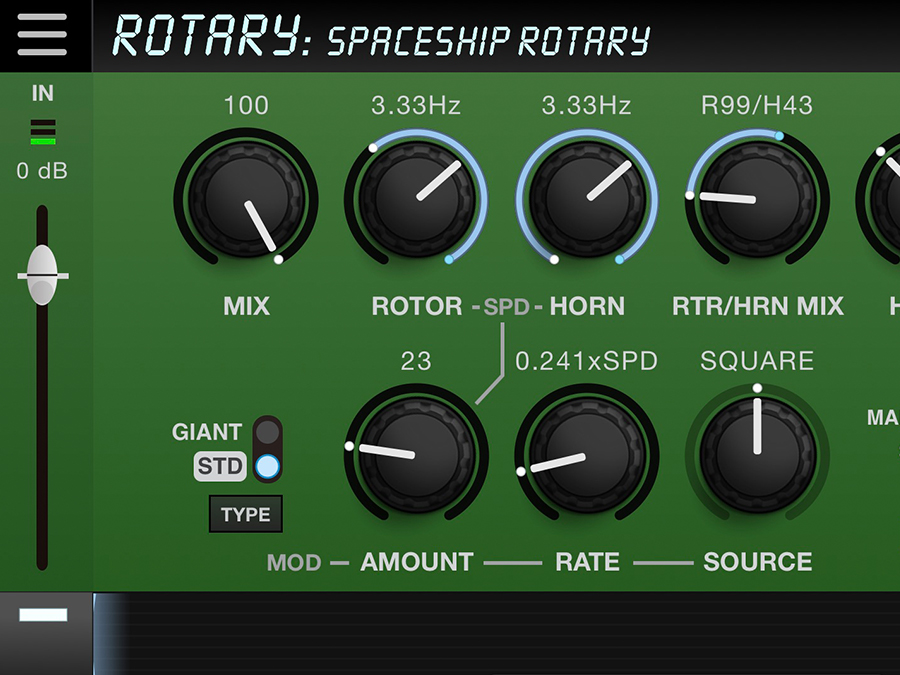 Strange - a Leslie Cab and no organ sound in the demo video.

This just popped into my inbox on special offer. I was thinking of checking it out as a guitar effect. One of my guitar heroes, Steve Rothery, uses a Hughes & Kettner Tube Rotosphere, which may be a Leslie attempt, but it is not quite a Leslie effect (in terms of realism to my ear), yet gives Steve’s playing a gorgeous dreamy tone when he uses it (amongst other things). so I was wondering if I’d get the same out of this?

I used a Rotosphere with the KB3 organs of my K2500 but I never was really impressed neither with the organs nor with the Leslie. The NeoInstruments Ventilator was and improvement though.

Strange - a Leslie Cab and no organ sound in the demo video.

That has been my complaint on nearly every rotary plug. There is usually a reason why an organ isn’t used…it exposes the faults with the plug.

The IK Leslie went completely unnoticed until Paul Rose did his video of playing an organ thru it. Then it exploded.

I just downloaded it, so I will be putting it thru the obstacle course.

If you guys remember, in rotary test I did sometime ago, the UVI rotary won the listening test over everything, including IK Leslie. We just never know what might be the next big thing. I love the Eventide plugs, so I am hopeful, but reserved.

I used a Rotosphere with the KB3 organs of my K2500 but I never was really impressed neither with the organs nor with the Leslie. The NeoInstruments Ventilator was and improvement though.

but there is something about how Steve Rothery (one of the most underrated guitar players out there IMO) uses it in his guitar rig that really makes it his signature sound on certain tracks (was listening to the Wishing Tree tonight whilst cooking supper, and it drips quality out of quite a few of the tracks). As I said, to my ears it doesn’t sound a terribly good Leslie emulator, but there is something about it that works in the way he uses it. Listen to any Marilliion album and you’ll hear it in there.

As I can’t find a rotosphere emulator, I was wondering how a “not quite the real deal” Leslie emulation might do?

If you just want to listen

Oh nice, if anyone can nail it Eventide can Looking forward to listening later. But yeah, you can get away with murder on a guitar. Heck the Fender Vibratone proved that

Edit: Heinously underwhelming. We’ll see what can be tweaked, I guess. All these demos seem to be aimed at bedroom EDM “producers”… “Hey, jack up your crappy samples in a vaguely interesting way with a thing!”

OK…I’ve spent 30 minutes on it. Not too impressed yet. I can get a decent Leslie sound on the lower octaves (much tweaking), but the higher octaves have a 1950’s spaceship sound. But, this is the way I started with the UVI Rotary…not impressed until I hit the sweet spot. I was going to post an audio example, but frankly, it wasn’t worth the effort. I will keep working with it.

They did give me a 30 day full demo, but had to activate online (ugh), and deal with iLok.

We really need to break off a forum from Cantabile into a Hammond Snob forum! Well, actually I’m sure there are plenty of those. A Hammond and Leslie virtual instrument snob forum! And we should be The Guys for beta testing of all related products. Someone make this happen.

I thought that’s what this thread is!!