No scroll bar in racks with many items

Hi, I have a problem with many racks… there is no scroll bar on the side to move down to the hidden racks. 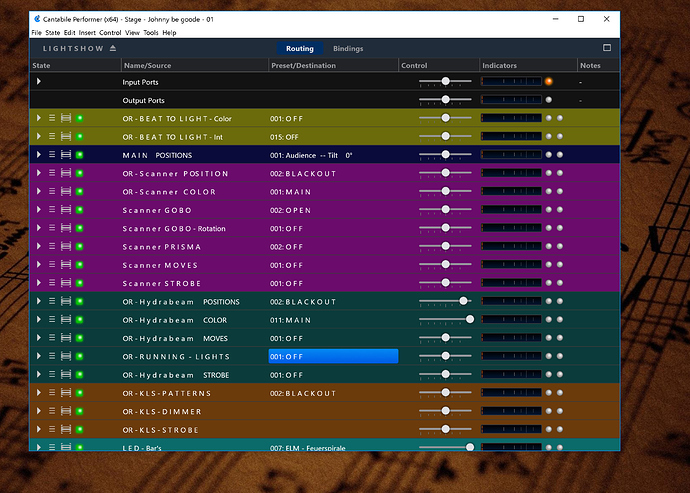 Looks like a bug. What happens if you resize the main window - do they appear.

In any case can you send me a copy of the rack file and your settings.json (from Tools -> Open Settings Folder) and I’ll check it out.

Hi brad it happens in all sizes and also maximized.

But I must correct… not on Songlevel rather in a >Rack< with so many items !!

It is running on a surface pro 4. Maybe there are some differences between the system ?? …not testet the behavior on my ‘normal’ PC

I haven’t been able to reproduce this - which build of Cantabile are you running?

have you noticed… it is not on songlevel …it happpens in Racks if they are larger than the Window.
In this case I have many embedded Racks inside a linked Rack.

So what is different on the Surface?

I’ve been looking at this again and still haven’t been able to reproduce it. Can you email me a copy of that rack file and also your settings.json file (available from Tools -> Open Settings Folder). 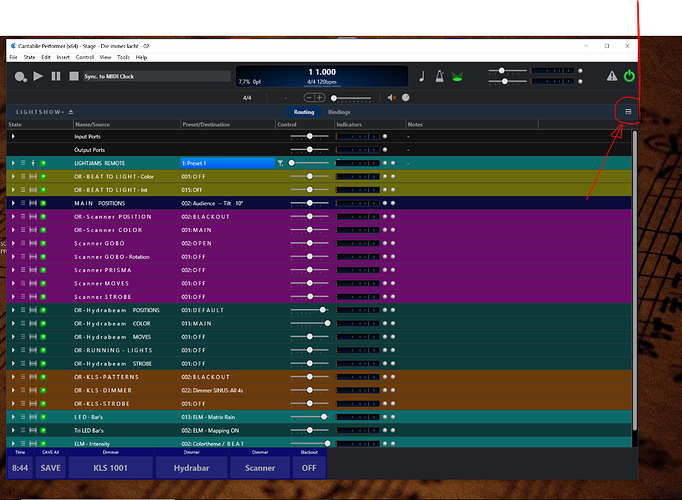 The scroll bars are missing for any list-based display of Routings or Bindings, but only when in a Linked Rack. I can post images, but they are similar those of @Juergen.

Both horizontal and vertical scroll bars are affected.

I can use the arrow keys to move horizontally across the columns of the Bindings list display, and the columns do scroll as expected (still not scroll bar, but the display keeps the in-focus cell on the screen).

However, when I move down vertically past the last item in the visible list, the display does not scroll vertically and the in-focus cell is no longer visible. It is somewhere below the visible screen. And when I use the arrow keys to move back up, it reappears in a way that indicates it was “moving South” through the cells. i.e. If I Down-Arrow 6 times off the bottom of the screen, the in-focus cell does not reappear until I Up-Arrow 6 times.

I’ve been able to isolate when it occurs …

The missing scrollbar situation only occurs if the display of Rack Routes or Bindings takes up the entire vertical distance available on the GUI.

If you grab the top of the Rack display and drag it down (showing part of the song that contains the Rack), then the scrollbars immediately appear while you are dragging …

Here are two screenshots that show this bug:

First, the normal situation - the scroll bars are visible for the rack: 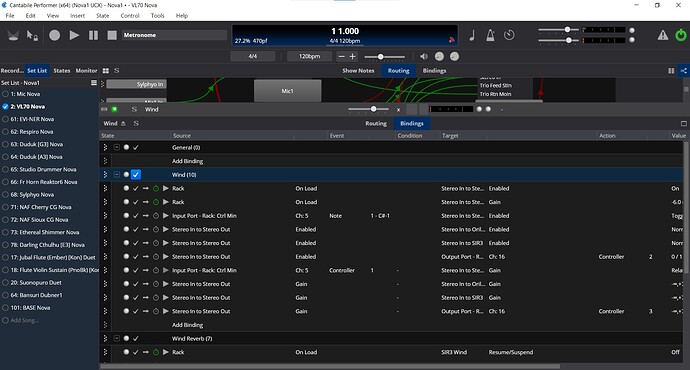 If you slide the rack up so that the parent Song is not visible, the sliders disappear (pretty inconvenient): 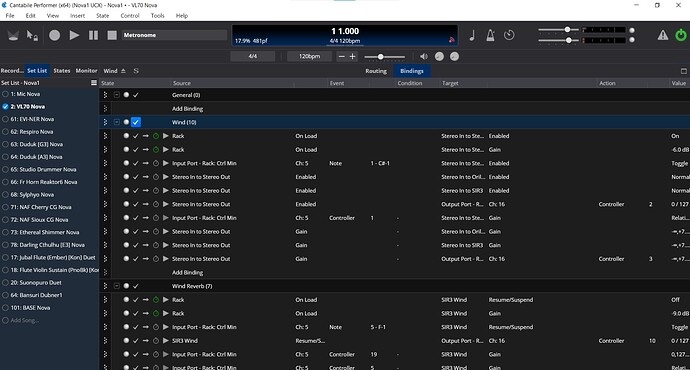