Our ‘all new’ rig took to the stage for the first time last night. Two Cantabile keyboard rigs, one running the show (and recording) and the other taking Song changes, State changes and visual cues over CME WIDI Buds.

As per normal we had Cantabile controlling the stage mic for talk between songs, then closing down when backing was running. It also lifted an audience mic in and out of our in-ears so we could hear reactions.

My ‘master’ Cantabile provided Timeline-based visual cues to Stream Decks connected to both laptops (thank you so much, Brad, for adding this Stream Deck feature). It also drove my self-made Arduino-based cue light box provided to our non-Cantabile player. Although each performer could have their own cues it was decided early in rehearsals to keep it simple and send all cues to all. I can’t over-emphasise the sense of confidence this cueing system has added, making performance much more enjoyable.

The only problems we hit were during set-up, and were the all too predictable ones related to having gear plugged into a different USB socket from rehearsals. I can’t understand why Windows has so much trouble with this. I also realised that I was at my limit of USB ports, so a new hub is going to be a necessity for the future.

Once we kicked off the whole rig ran like clockwork. It’s been well worth the effort setting this new system up.

This sounds very cool! Any pics? And of the stream deck? 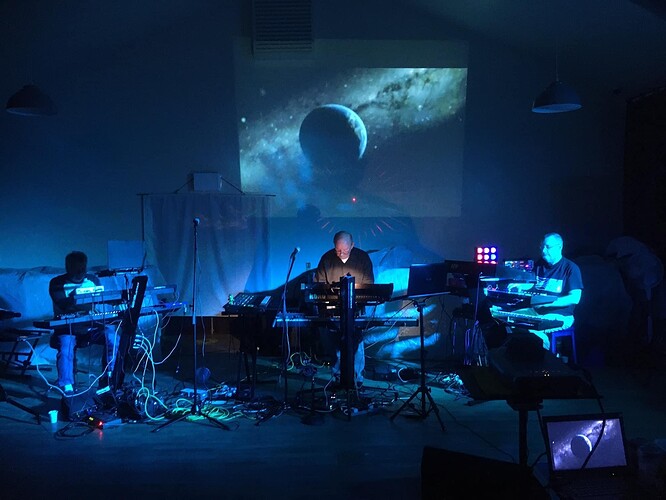 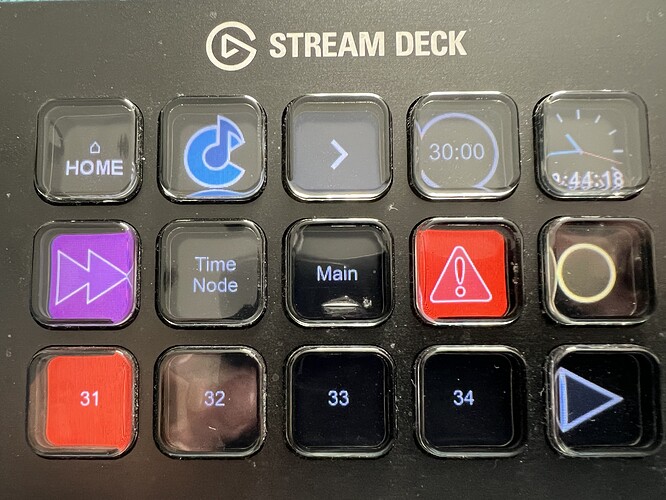 Congrats on the new rig and successful gig! I’ve been using WIDI for about a year and it’s also worked flawlessly for me. I’m just curious, how do you use the cue lights and numbers? Is it alerting players to an upcoming lead or something like that? FWIW one of my bands uses backing tracks and we cut an audio cue track for things like that, fed directly to our IEMs. I’m always interested to hear how others handle that.
Tom

I create Timeline-based ‘Is in range’ events that flash the Stream Deck buttons in time with the backing. Typically that will be a 1-2-3-4 count-in to an event, but may also simply be a ‘4’ light to make me aware that a significant event is approaching.

The Stream Deck has replaced my custom cue light boxes for two of us, but Player #3 does not use a computer, so prefers the ‘old way’.

Hope this explains. I’m happy to provide further information if it can help anyone.