I was practicing a piano part and thought if I can get a recorded take with no mistakes then I know I have the part down. If anyone has a suggestion for a simpler/better way to do this I would be happy to edit this tip.

BTW, hats off to Terry Britton for hosting the series of webinars - I’m not sure I would have throught of this before them.

These are the bindings of the Sustain pedal to both initiate Recording and to begin Play. Since they are toggles the next time I tap the pedal it stops play and recording which saves the take. 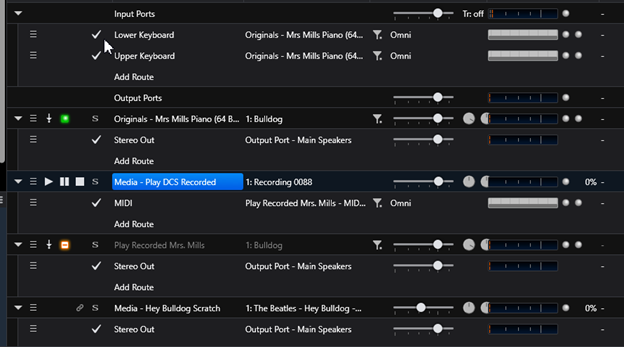 I have two keyboards, Upper and Lower. Both are routed to Spitfire Labs Mrs. Mills Piano 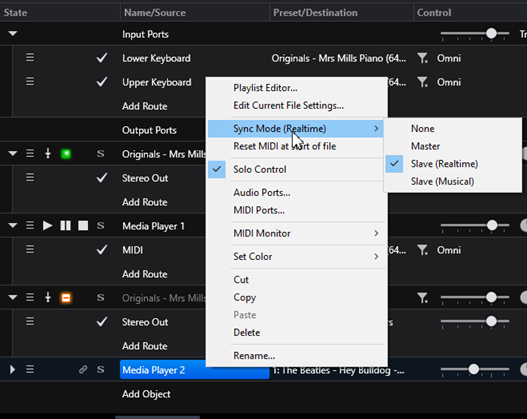 I have Media Player 2 set to Slave (Realtime) to the main transport. It is a scratch track to play along with. 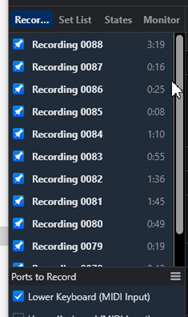 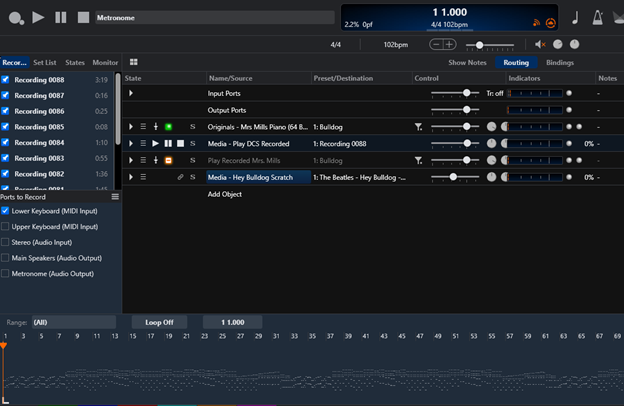