Can't get this to work: advance song state once with an expression pedal

I have an FCB1010. There’s a very tight transition to the next state which uses a wah plugin controlled by the 1010’s Expression B pedal (which has output of CC20 values 0-127). So I want to press down on the expression pedal and advance to the next state (which has the wah enabled), but as I use the wah I don’t want to advance any more. So it needs to supress the CC after the first CC command is sent.

Here’s what I have, but it advances 2 or more states on each sweep of the pedal.

What am i forgetting?

OK, I got it to work. It’s actually pretty simple, here it is in the background rack… 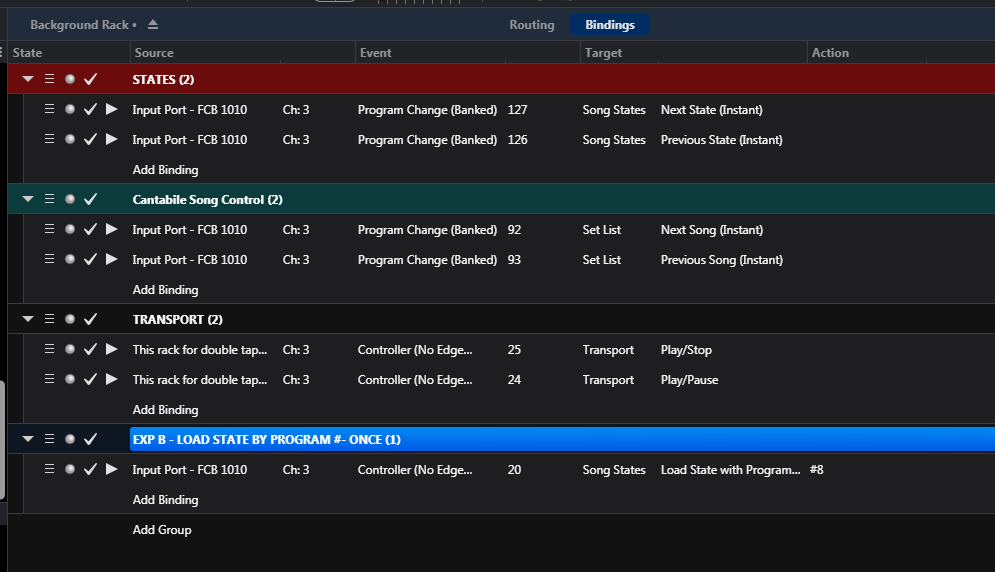 image.png995×572 29.7 KB
The key is using “Controller no edge” and loading to a specific program # (not the program options at the top, scroll to the bottom). Don’t know why I couldn’t get it to work, I tried this at first to no avail. Also, it works exactly the same in the BG rack if you just create a new rack or insert this binding in another rack. I prefer to insert an individual rack for those songs that need this… otherwise if you accidentally touch the pedal it will load the state change.