Based on experience with the scroll racks of late I have been working on another new approach to the Fader racks I’ve been making. For the same reasons as with the Scroll racks I wanted to get away from using a media player and MIDI file to produce a means of controlling the speed of incremental events used when scrolling or sliding up or down a Gain control. I came up with this new method that does not require the MIDI files or Media Player anymore. You use a CC64 momentary switch to the MIDI input on the rack to start and pause the fade and a CC2 momentary switch to reset the fade to the beginning of it’s cycle and reset the increment stepper when that is what you want to do. The way it is built it generally works as the following

This is the second variation of the new fader rack series I am sharing. It is called BUTTON FADE SAFE

. It has a behavior that is when you press and release a button or pedal and send a CC64 MIDI message to the rack the fade will take place and when you press & release the button again it pauses the value setting at whatever value it is at on the gain window you set for the rack. It auto reverses upon reaching the top on it’s travel and waits for another press and release… If using input bindings they should be of the “Controller Edge Triggered” type on the Source & Target & side of the binding e.g.

You can also use transport position bindings to trigger it as shown above.

The easiest way to start off on the right foot is to unzip the contents of the .zip file to the C♪3 Racks folder location you use and it’s ready to go. It’s contents include a PDF manual as shown here.

In the Tools>Options>Miscellaneous>Advanced area make sure ‘Show Loopback Ports’ are checked! 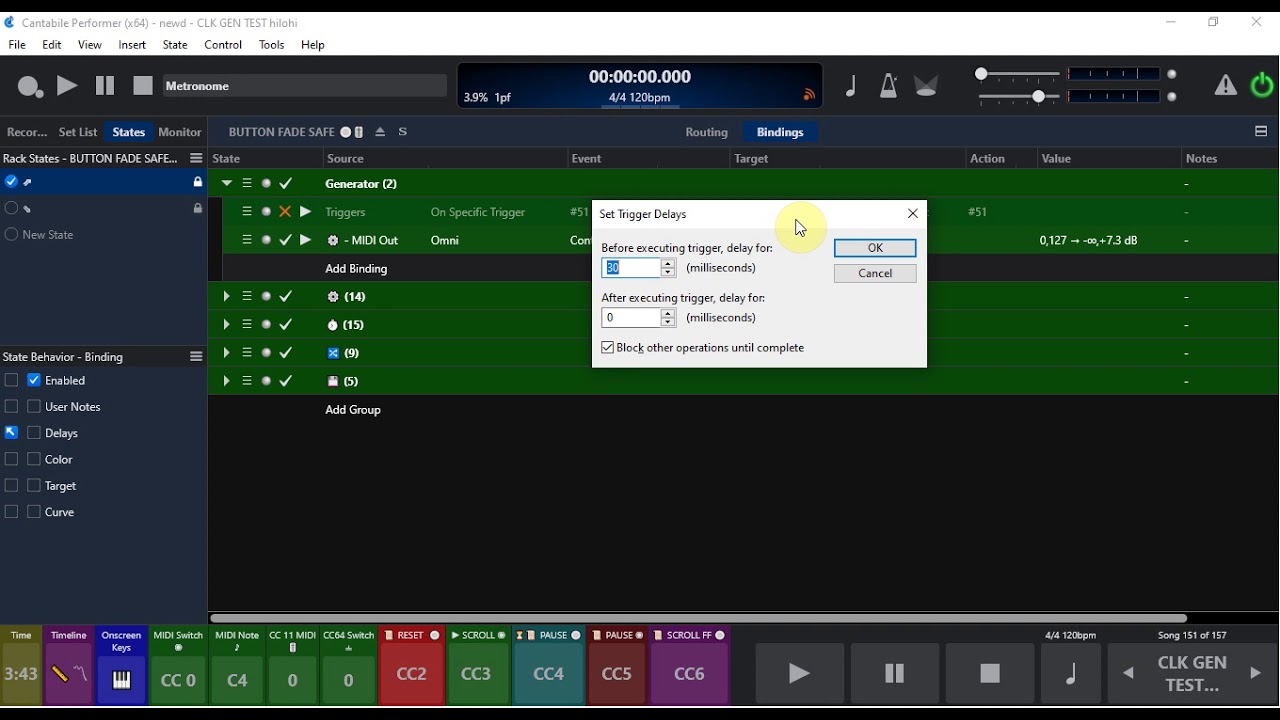 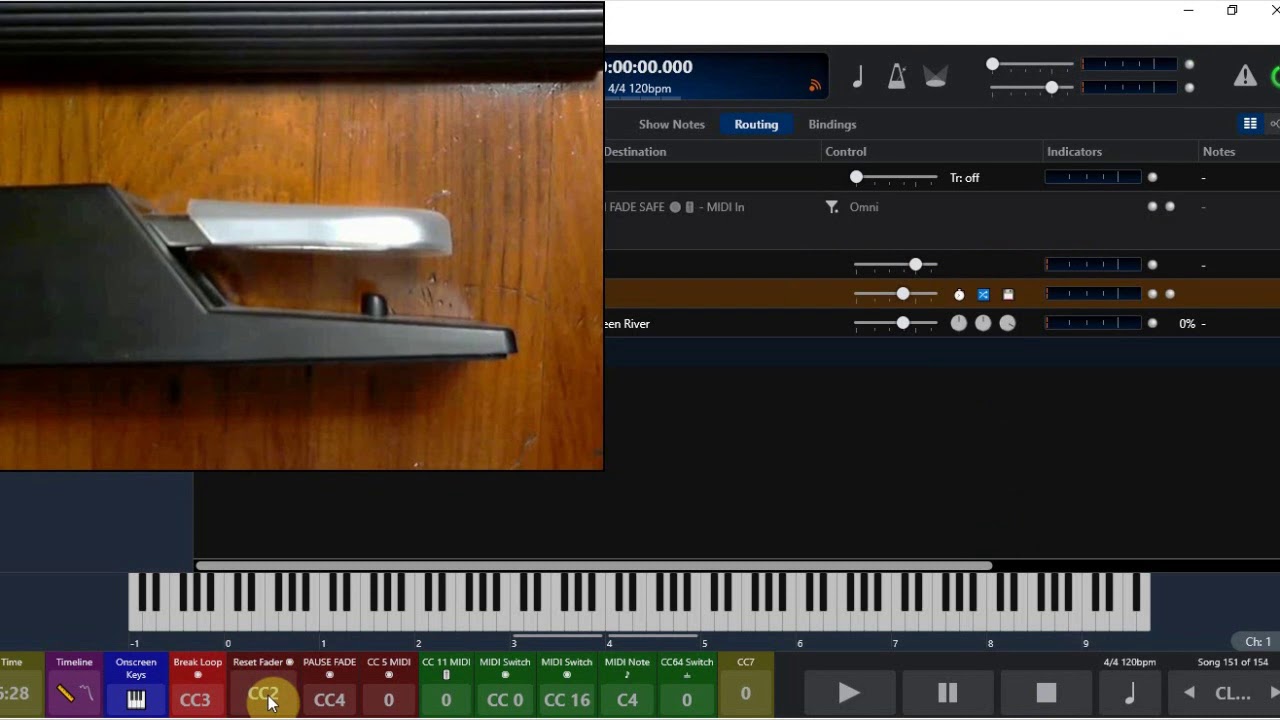 Here is the rack and the PDF manual.

I will also share a High resolution version of this rack type with 674 steps (based on ‘Cantabile New’ Control Curve = 674 steps at .01db per step) instead of the normal 127 steps (aprox .05 db per step). It’s called BUTTON FADE SAFE FINE

. It works the same as the rack that was explained in the videos here but since it has more steps of gradation it is for slower fade in and out use. It is VERY smooth in it’s action.

One last note. If you want to have different settings per song state check the Exported Behaviors box for the rack